Epi Bleu Cares- Social Give Back 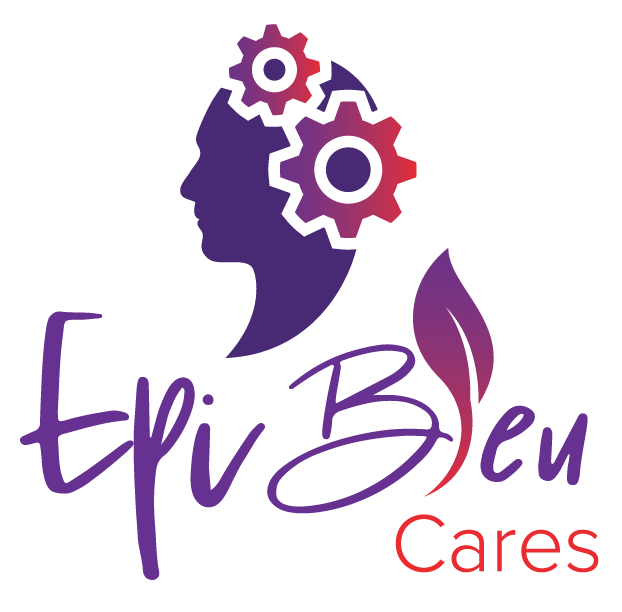 Everytime I hear a story like Kietsa’s, my heart breaks. Kietsa is an African American woman, military retired, and a mother of four children. She grew up in the countryside with her mother and grandmother. Although she has fond memories of her upbringing, she’s reminded that her childhood was not normal. Outwardly Kietsa looked normal but inwardly she fought a silent foe, one that would take years to be diagnosed.

Kietsa started with constant headaches that would end up in nose bleeds, her grandmother encouraged her by saying, “If your nose bleeds, you’re ok; that means everything is draining,” and soon this became something normal. Granny knew best!

Over time, things only got worse, Her body began to shut down and go numb for certain lengths of time, with no previous warning. Though outwardly she looked like she was staring, internally she was experiencing seizures with only her hearing to tell her what was going on. The recovery period would then follow, where she slept for days at a time.

Kietsa didn’t know what was happening to her, nor how to explain it; therefore, she remained silent. Her first husband was abusive. That increased her anxiety and stress levels which worsened the seizures.

Multiple times she found herself in the ER desperately hoping for an answer but only facing skepticism and stereotyping. She was told she had a “Pseudo” condition and sent home. “Pseudo” meaning false or fake. They thought she was faking, just to get a drug fix.

Kietsa found a reprieve in staying active and positive; Making others happy helped her cope with her own unhappiness. She began to pour herself out to the people around her. She was able to forget her own turmoil by celebrating the success of others, and once you got to know her, she was your friend for life.

Kietsa was finally diagnosed late in life with epilepsy and seizures. This diagnosis brought strong medications, and a vague nerve stimulation implant. The medical intervention reduced her seizures drastically and gave her a happier life. But the side effects of the medication have taken a toll on her brain. Kietsa worries now that when she goes to bed, she may never wake up, and thanks the Lord when she does.

Untold stories like Kietsa are in the millions. Statistics show us that 3.4 million people in the US alone are living with epilepsy and seizures. 470,000 of those are children.

It was surprising to learn that the funding and research for epilepsy is not as big as that for cancer and heart disease. Why is it that the color purple which represents epilepsy and domestic violence is not more prominent? It takes money! Without proper funding nothing moves forward.

When you donate towards finding a cure for epilepsy and seizures, you help support programs that already exist, and you further research to find healthier alternatives without damaging side effects. You give Kietsa and others like her, hope. Hope that those coming behind will have a better chance to enjoy a “normal” life.

Good health should be accessible to all. We strive to break the barriers that prevent people from reaching their full potential. In alignment with our values, we donate 3% of all proceeds to the Epilepsy Foundation to bring awareness to neurological disorders. We eagerly seek opportunities to elevate other members of our community. A healthy life is one step away and it starts with Bleu!

Please donate to the Epilepsy Foundation